← more from
Puremagnetik
Get fresh music recommendations delivered to your inbox every Friday.
We've updated our Terms of Use. You can review the changes here. 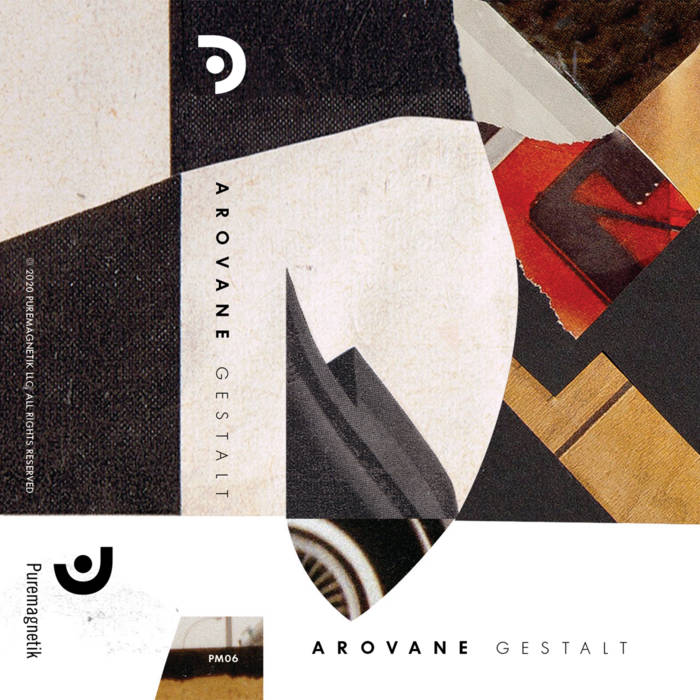 trainman7734 The preferred song is Vhen

Miles Egan Uwe has been on a roll lately and this album is no exception. I'm enjoying the sound design and the moods on this one a lot. Favorite track: siir.

Thomas Meluch A beautiful view thru a different facet of the Arovane jewel -- some of his best melodies. Favorite track: vhen.

"A delicious, highly textured treat, which will leave you yearning for another scrumptious bite. Fans of Arovane will feel aglow.” – Headphone Commute

“​Gestalt” is defined as “an organized whole that is greater than the sum of its parts,” and ​Arovane’s​ (​Uwe Zahn​) Gestalt​ ​realizes the concept with warm, lifelike parts scudding gently through a sonic atmosphere, entwining themselves together into a complex, rich and encompassing whole. ​Gestalt​ captures the listener in the moment.

“For the production,” Zahn​ ​explains, “I had some very specific ideas—not complex compositional or rhythmic ones, just single sounds that reflect the “gestalt,” the form of the musical idea. It is not really a large-scale form or concept, to be honest, it’s the idea of simplicity and elegance,” form, structure, and style freed, in Zahn’s terms, “from superfluous elements, focussed on the essential: the sound and the gestalt.”

Gestalt​ is plentiful with warm, tactile sounds and timbres that make the whole into something that fills and vibrates through the body. Focussing on single sounds is simple and elegant for the ear, but what the heart and mind experience is indeed complex. The sounds on tracks like “evvr”, “vhen,” and “quoo” morph their way through tunings, the stream of time in space, and what feels like physical transformations. Like the compound H​20​ , which can exist as a solid, a liquid, or a gas, the music on ​Gestalt​ is always changing, while its core essence remains the same.

Zahn already has nearly 20 recordings released as ​Arovane​ and also as Nedjev. The exceptional nature of ​Gestalt comes from not only this experience making his own music, but his professional expertise in making sounds for others. Through his ​Arovane: soundshop​, he crafts sounds for his own use and for other musicians. “I am working with sounds, each and every day. I create presets and sounds for me, my sound shop, and for my clients. Usually, I start with a single sound in a synthesizer. On the track “siir” you hear a single sound. But it is not simple, there’s a lot going on with the timbre, the pitch, and you can hear noise that is part of the tone. The pitch is modulated and mixed with noise.”

As gestalt therapy centers a patient’s experiences and memories in the present, so ​Gestalt​ creates a piquant and compelling atmosphere of listening in the now that is liable to recall personal histories, like a future we imagined when we went to the movies and saw things like ​Blade Runner​ (which was set in what is now the past of 2019). It is that psychological quality that Zahn aims for when he makes new sounds: “Sounds reflect my emotions,” he says, “sound has its own language.” On ​Gestalt​, that isn’t “a polished surface. There is a lot of hiss, noise, and texture hidden underneath.” More than one texture, all of them gorgeous and malleable, form ​Arovane’s ​Gestalt​.