← more from
Keplar
Get fresh music recommendations delivered to your inbox every Friday.
We've updated our Terms of Use. You can review the changes here. 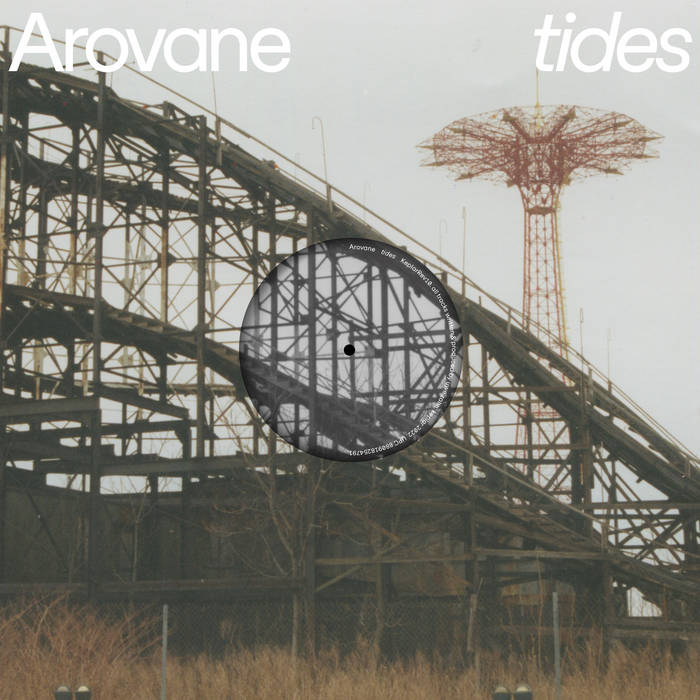 Nick Suda This record is an essential pick of early 00s electronic music. It comes across as a really powerful merger of two iconic sounds from the time period: Boards of Canada-esque gentle guitar, field recordings, and wistful nostalgic samples paired with trip hop-flavored drum programming & aesthetics (the harpsichord!). There's clear notes of Fennesz and Christopher Willits in there as well. One of my favorite records ever; I've never lost my affection for it. It lowers my blood pressure every time.

Zontar the Thing in Swissvale

»Tides« marked a radical change in direction for Arovane. After Uwe Zahn had made a name for himself with cutting-edge IDM rhythms and slick ambient textures on a slew of releases, his sophomore album saw the prolific producer opt for a sample-based approach that resulted in a more organic sound and laid-back downbeat grooves. Having reissued Arovane’s seminal »Atol-Scrap« as a double LP in 2021, the Berlin-based Keplar label now makes »Tides« available on vinyl for the first time since its original release in 2000 through the legendary City Centre Offices. The new version has been remastered by Kassian Troyer at Dubplates & Mastering and comes with a brand new cover artwork. It shines a new light on a release for which Zahn quite literally ventured into previously unknown territory — »Tides« is an album that emits a timeless, quiet calm and nonetheless stays constantly in motion.

»The idea for the album came to me after a vacation in France«, says Zahn. Inspired by the landscape, especially the coastline and the sea, he made field recordings throughout his trip that were also used on the record, giving it its sensual feel. The foundation of the album however, the loose yet gripping grooves at the heart of every track, result from Zahn working extensively with samples. »I wanted to make use of drum sounds and small excerpts from old jazz vinyl records«, he explains. He maintained the unique sound signatures and rhythmic flutter of the source material while building intricate beats with them. Most of the material was culled from the record collection of Christian Kleine, whose spontaneous guitar improvisations over the first musical sketches were recorded and edited by Zahn and can be heard on four tracks. Also employing the occasional cembalo or spinet sound, he worked with a hardware sequencer and a delay to integrate the different, discrete elements into nine tracks that feel both dense and light at once.

What’s astonishing still 22 years later is how spacious »Tides« sounds. This is due to the fact that Zahn not only paid close attention to the sonic idiosyncrasies of his source material, but also to what happened in between those sounds. »Mark Hollis’s solo album was a huge inspiration at that time«, says Zahn. »What I find fascinating about it until this day is how silence and the subtle hiss of the mixing boards were being used on that record.« Silence was also an important stylistic element on »Tides« and adds greatly to the overall atmosphere of an album that with the appropriately named »Theme« immediately sets the mood with intricate spinet melodies: Zahn opens a door for his listeners and invites them to follow him to see a specific part of the world through his very own lens.

As a whole, the album mirrors Zahn’s trip that took him along the steep cliffs on a foggy day (»Seaside«), to an abandoned house in which he found old maps (»A Secret«), along the coastline during a long car ride (»Deauville«), to a sleepy village and the slowly moving sea (»Tides«) and finally back home to his native Germany where he started reflecting upon his experiences, ultimately deciding to translate them into music (»Epilogue«). »Whenever I listen to this album now, the images and memories it evokes are incredibly vivid and vibrant«, he says. It’s not hard to see — or rather hear — why. »Tides« may have been a deeply personal project, but it effortlessly evokes universal feelings by (re-)building an entire world in the course of only a few pieces of music.

All tracks composed and recorded by Uwe Zahn.
Originally released on CCO in 2000.
Remaster and cut by Kassian Troyer @ D&M.
Cover art by Jim Kühnel based on a photograph by Uwe Zahn.
Text by Kristoffer Cornils.