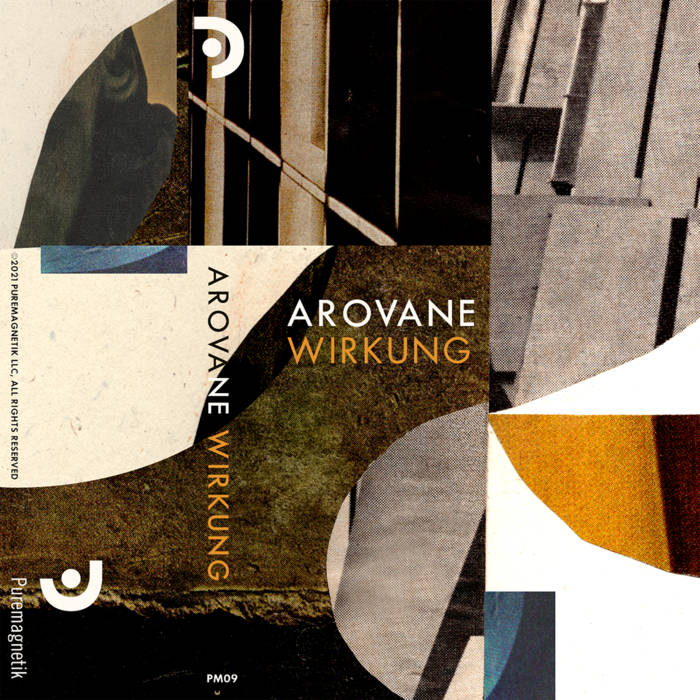 editions vaché Arovane's first three releases ( tides, icon diston, atop scrap )-got us- many of us- through a time that was pretty lean creatively- they sort of bridged the gap between various streams of what was and what would come- and those three are STILL on the permanent playlist - just incredible statements - and its a pleasure to grab anything Uwe does.....ss/am Favorite track: aer.

Symphonic in its scope and variety, Arovane made Wirkung to convey emotions, expressions, and experiences. The title translates into English as “effect,” something fundamental to the nature and practice of music. For Arovane, that means following the inspiration of the romantic composers in their ethos of creating music that was “individualistic, emotional, dramatic and often programmatic. Am I a romantic person? Yes!”, he says.

This story with sounds is filled with the warmth and grain of substantial timbres, colored with bright, metallic shapes and punctuated with occasional rhythms, notably on the title track. This is not an album of beats but of constant motion from mood to mood, through shades of light and darkness.

“It is a nice idea to find romance” in digital music making, Arovane points out, “and there is a soul in those sounds, in my opinion.” Wirkung is that romanticism in electronic music, a drama channeled through voltage and microprocessors, with tracks like “find” and “stat” flowing over from half-forgotten memories of late-night viewings of Blade Runner and Solaris, of cold, crisp air after a winter snowfall, and the hazy warmth of an August morning.

The album’s moods are Arovane’s, carried over to his compositions, each one “implemented,” as he says, “in a specific sound image.” Though produced during 2020, Wirkung is a blissful escape from the stresses and anxieties of that lost year. The pandemic, the musician says, didn’t influence him musically. “It can only be felt indirectly, if at all,” he adds, “I had much more time to make music than usual.”
Time, and focus—“It’s very, very quiet where I live, a small village. The disturbing news was from afar”—those resources come through on the album. The obvious sonic comforts of tracks like “aer” and “elagnt” are supported by a core of emotional clarity. That feeling of direction and purpose continues all the way through the concluding track, “komposition no. 1.”

At first, that music is a surprise, a succinct improvisation multi-tracked with a harpsichord patch and a Neupert clavichord lute instrument. It’s the interaction, or “wechselwirkung” of two melodies. Arovane agrees that “this falls out of the album concept in terms of sound and composition, yes.” But it looks to the future, as “it forms a bridge to a new album,” in the works for later this year.

New sounds from Mavi, Ivy Sole & Moderator, plus AJ, the One joins the show, for her latest release